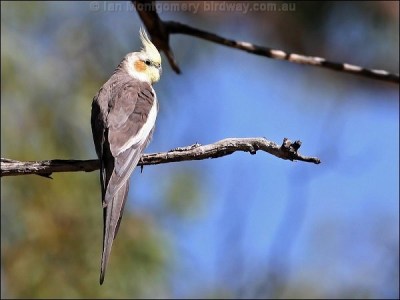 The Corella’s own area is Australia. In first they have been described by I. Gmelin in 1788 with his work “Systematization of nature”.

Only at half of century, in 1837, another scientist, D. Gudof had engaged with the same studying of the parrots life. Traveling across the continent, he found a lot of parrots of this type on tablelands in depth of the continent. On coast, however, you almost didn’t meet their.

The scientist noted that they can’t to do without water during long time, therefore they always stop near water for nesting. Only in that case, when Corella settle near source of water, they feel comfortable. Their life sometimes got some troubles. When the much doughty periods come and water already can’t be find, parrots have to migrate, because they want to survive.

Corellas are masters of migration for searching water and food. They fly by big flock and overcome long distance. Besides they can fly, they able to run much quickly on the ground and, of course, they can to climb trees. If in the area, where they come, conditions are comfortable, that they still there and even two times in a row hatch out baby birds. Thus those losses, which during the doughty periods up in their population, for a short time quick fills again. As a rule, baby birds of Corellas are born twice a year. In first time they lay eggs in October, another time in starting of January. Usually they lay 6-8 eggs. Birds feed their baby birds during a long time, even after that they already learn to fly and left parents home.

According people, who seem flying migration of Corella’s, flock of the birds represent very beautiful show. Few hundreds birds sit by rows on the trees, straighten their cops and don’t move.

Corella’s usually make their nests in hollows of trees. After baby birds birth parrots gather in big flocks and during searching food migrate to other place. Therefore they traveling across continent.

As you see majority of people thinks wrong, that animals on theirs homelands have good and paradise life. Our’s birds often live in hollows of one tree. From the trees branches parrots can see everything around them and even if they notice a hawk, they can hide by the time at safe place. They go down on the ground only if it essential. For example for feeding or for drinking water. After any less danger they quickly hide in their homes. However those parrots always live in society with relative type birds, by the time of nesting stain in pairs and in periods of long travelings they gather in groups until 50 birds. Human make their lifes better by cause cultivation of grain crops. Ripen croups of fields of course attract parrots. Now in places, where loss from birds more feel then anywhere else, farmers killing birds by any way that they can do it. Except Corella of field come and some other types of birds. They can also been killed by farmers. Thats opposite the law of nature protection in Australia.

They absolutely don’t afraid people. Even if you try to frighten Corella, she would fly fro the ground on tree, seat there and would look on situation. When danger will go away, parrot will go down to the ground again.

Therefore parrots become the victims for hunters: they are caught and eaten (meat of Correla’s is very tasty) or sell in cages. 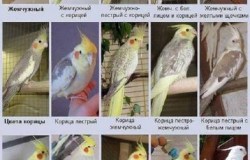